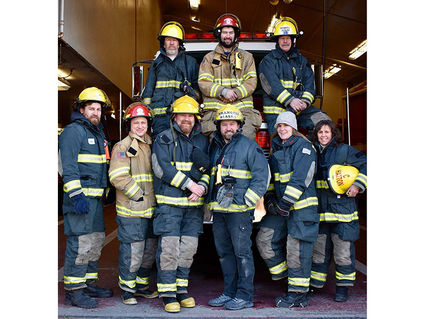 A group of Wrangell firefighters raising money for cancer research will have grown this year, with nine to take part in the Scott Firefighter Stairclimb in Seattle March 11.

Drawing 2,000 firefighters this year from around the world, the climb benefits the Leukemia & Lymphoma Society of Washington and Alaska. Founded in 1949, it is the world's largest voluntary health organization dedicated to researching and treating various blood cancers. Last year's climb raised a record $2.4 million for the society's efforts, and in 2018 a new goal of $2.65 million has been set. In its 27-year histo...