City to consider some reorganization after several impending departures 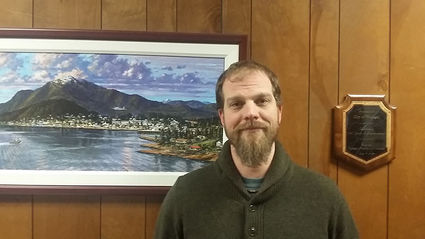 High school industrial arts teacher and resident of six years Drew Larrabee was appointed to serve on the Wrangell City and Borough Assembly on Tuesday, to serve until October's elections. He fills the seat vacated by Becky Rooney, who had served since October 2014.

City manager Lisa Von Bargen offered suggestions for shaking up the structures currently giving form to the Nolan Center, Public Works and Wrangell Municipal Light and Power. The ultimate focus would be to improve the maintenance attention given to existing public facilities while keeping within other budgetary and service provision goals.

One restructuring that was suggested was with the electrical utility. Cu...