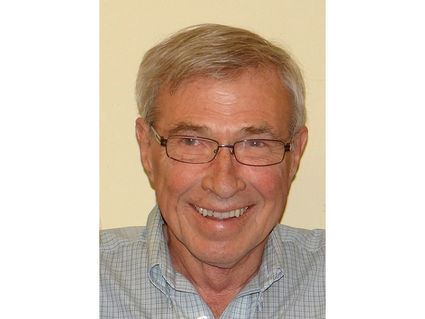 He was born on Sept. 29, 1942 in Roseburg, Oregon to Floyd and Eleanor Lewis of McMinnville, Oregon.

He graduated from McMinnville High School in 1961 and went to the University of Alaska Fairbanks, where he met his wife, Alison "SonE" Laurie. He graduated from Linfield College in 1965 with a B.S. in Business Administration.

Gary and SonE were married for 49 years and raised two daughters in Palmer, Alaska.

Gary lived mostly in Alaska in the communities of Anchorage, Palmer, Cordova, Barrow, and Wrangell. He worked in home construction, tax assessment and city management and spent his retirement enjoying fishing and the Alaskan outdoors.

SonE preceded Gary in death, as did his brother, Richard Lewis, and son-in-law, David Hannam.

He is survived by brothers Robert Lewis of Colorado and David Lewis of Hawaii; daughters Corrine "Cori" Verna (Steve Verna) of Palmer and Tracy Lewis (Capi Lynn) of Salem; grandsons R. Connor Hannam and David Hannam of Palmer and Hayden Lynn of Salem; and companion Suzann Ewing of Salem.