Petersburg library totem pole to be installed in mid-May 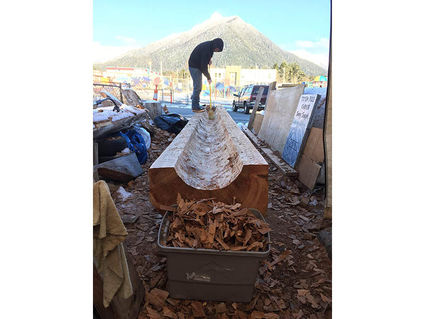 PETERSBURG – The library in Petersburg is about a month away from unveiling its 20-foot storyteller totem pole.

Joseph had an idea about 11 years ago to build a totem pole that caters to children and the storytellers they grow up with.

He pitched the idea to the Petersburg library about four years ago, and it stuck, but the library had to wait for it to be funded. With help from the Rasmuson Foundation, Petersburg Community F...