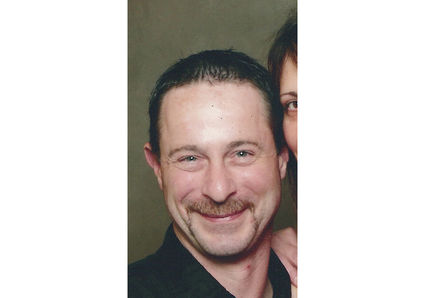 Jerry William Larson, 50, of Athol, Idaho, passed away on May 12, 2018, from drowning at Jewel Lake near his home during a family outing.

He was born on October 11, 1967, in Anchorage, Alaska, to Richard and Barbara Larson, and grew up in Eagle River, Alaska. At age 16 he moved to Coeur d'Alene, Idaho, with his parents. After high school graduation, he attended North Idaho College where he learned welding and machining which became his life's work. He eventually opened his own business, Midnight Sun Manufacturing. He loved that work and held several patents.

He was very passionate about life and lived it to the fullest. His family and family's name was most important to him. For many years on 10 acres he raised five children alone and always involved them with all of his outdoor sports and their school activities.

A high school girlfriend, Rebecca "Becky" Allen, bravely stepped back into Jerry's life, and they got married at Jewel Lake on August 20, 2011.

Jerry never got Alaska out of his blood. He fell in love with the Wrangell, Alaska area where his parents lived and soon bought a live-aboard boat so that he and his family could enjoy the waters and people during the summer months.

Jerry had a magnetic personality, making lifelong friends from grade school classmates to recent acquaintances. You might say that he had a family of friends including some business people that he never met in person.

He was preceded in death eight months earlier by his father, Richard Larson, of Wrangell.

Services and a Celebration of Life BBQ were held on May 19, 2018 in Idaho.