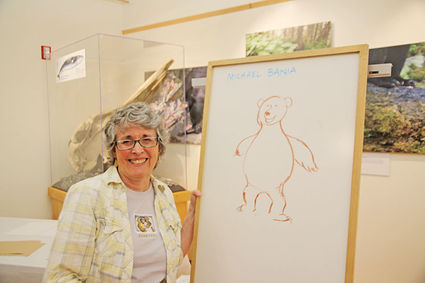 "The reason I'm 'Michael' is I have eight brothers and sisters, and I'm the oldest. Guess what they [my parents] had wanted?" Michael Bania introduced herself to her class.

Bania hosted an art workshop at the Nolan Center Wednesday afternoon. Bania has been an artist for as long as she can remember, she said. She has written and illustrated several children's books, and is in the process of working on a new one titled "No Bears Allowed!"

She described her art style as cartoony and not overly serious. This runs in her family, she believes, as her father worked for Disney in the 1940s in sto...