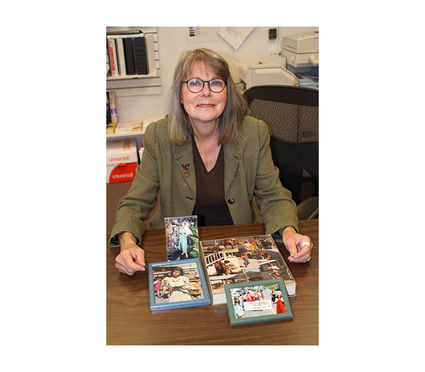 Anny Newport, organizer of the Wonderfulness Parade, and several photographs of herself, friends, and family in parades over the years.

"I've always liked parades because you can dress up as crazy as you want," said Anny Newport, organizer of the upcoming Wonderfulness Parade.

Newport has brought her love of costumes and parades everywhere she's lived. Over the years she has collected a wide variety of costumes, and said she loves to be a part of parades. When not in a parade or in costume, she also goes around town as the self-described "Free Toy Fairy," leaving free toys around town for kids to find. The Wonderfulness Parade has been a longstanding hobby of hers.

"The very first one we had was out at Tyler's Logging Camp...