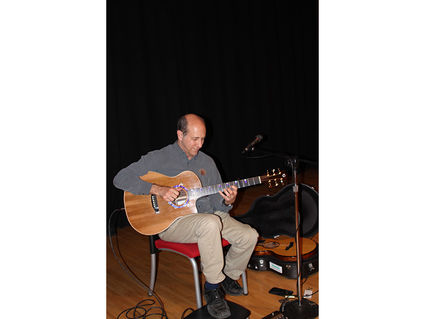 Richard Gilewitz has been playing guitar for about 44 years, and has been touring for 34. He said that he has been to 49 states and 14 countries. Last Tuesday night Gilewitz made a visit to Alaska for the second time in his career with a performance at the Nolan Center. The show benefited Bear Fest, who sponsored the event.

"I love Alaska, it's stunning here," Gilewitz said before his performance.

Having travelled extensively, he said that Alaskans reminded him strongly of people living on the South Island of New Zealand. Both groups of people share a strong work ethic and resourcefulness t...