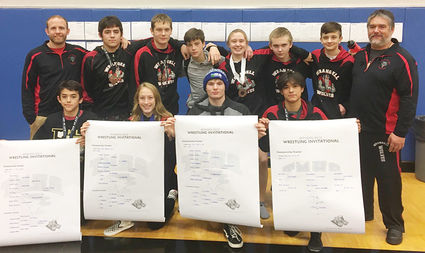 The Wrangell Wolves wrestling team pose with some of their brackets from the Juneau invitational tournament.

The Wrangell Wolves wrestling team had eight of their wrestlers finish in top three positions at last weekend's tournament in Juneau. It was the first bracketed tournament of the season, according to Assistant Coach Jack Carney.