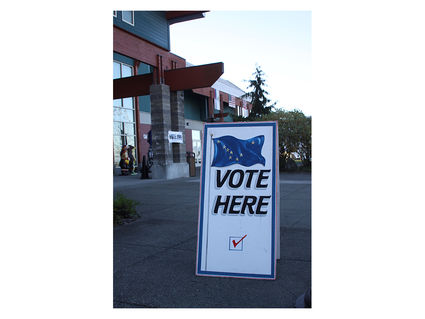 Polls were open at the Nolan Center on Tuesday, Nov. 6. Residents had the opportunity to vote on a new governor, state representative, and U.S. representative. People also got to vote on Ballot Measure One, also known as the "Stand For Salmon" ballot measure.

The midterms have come again, and Wrangell turned out to make their voice heard in the Nov. 6 election. Polls were open at the Nolan Center. On the ballot was the position of Alaska governor and lieutenant governor, U.S. representative, and state representative.

The race for governor was hotly contested. Bill Walker, the current governor of Alaska, suspended his re-election campaign in October, though his name still appeared on ballots. The other candidates include Democratic candidate Mark Begich, Republican candidate Mike Dunleavy, and Libertarian candidate William S. "Billy" Toien.