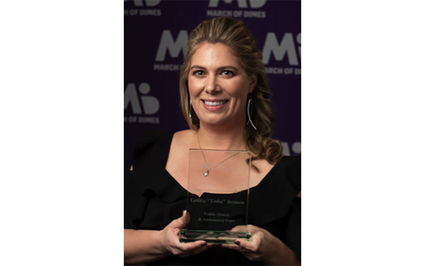 At a Nov. 3 dinner at the Hilton in Anchorage, Letitia "Tisha" Benson was named 2018's March of Dimes Nurse of the Year. She received the award of excellence for public health and ambulatory care. Benson said that the nurse of the year award is given to nurses in all 50 states by March of Dimes, a nonprofit that works to improve health for mothers and babies. According to her, there were 109 nominations for the award in Alaska, and the top 65 were invited to the Hilton dinner. Simply being nominated was a great honor, she said, let alone being chosen as the winner.