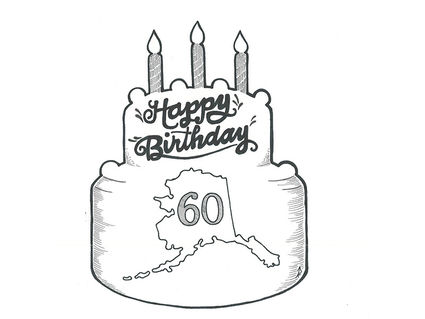 Last Thursday, Alaska celebrated its 60th anniversary of becoming the 49th state of the union. The territory of Alaska was originally purchased from the Russian government in 1867, for the price of $7.2 million during the administration of President Andrew Johnson. The purchase of the Alaska territory was, at the time, seen as a poor financial decision. The discovery of gold and oil, however, would change that opinion. Alaska applied for statehood as early as 1916, but this application was rejected due to the low population of the territory. The gold rush, and discovery of oil, helped increase Alaska's population and helped change perception of the territory being isolated and unimportant. World War II, and the Japanese invasion of the Aleutian Islands, also helped highlight Alaska's strategic importance to mainland America. The Alaska Statehood Act, signed by President Eisenhower in 1958, helped pave the way for statehood. Alaska was admitted as a full-fledged state on Jan. 3, 1959.