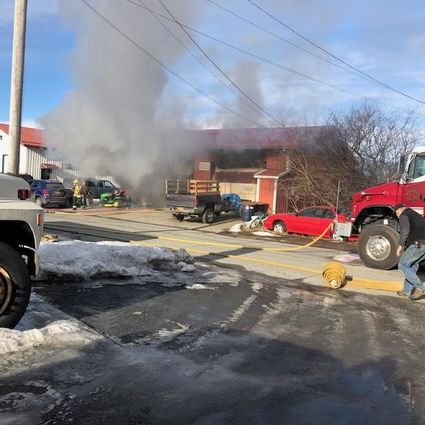 On March 1, at approximately 2:30 p.m., it was reported that Stikine Auto Works on Peninsula Street was on fire. The Wrangell Volunteer Fire Department responded quickly, and the fire was out before 3 p.m. Fire Chief Tim Buness said that the fire appeared to be an accident. Shop owner John Evers was reportedly inside the shop, working on a vehicle with a welder, when the fire started. Fortunately, he was able to exit the building unharmed. Nobody was injured in the fire, and the building itself is still standing. However, the interior of the shop was burned in several areas.