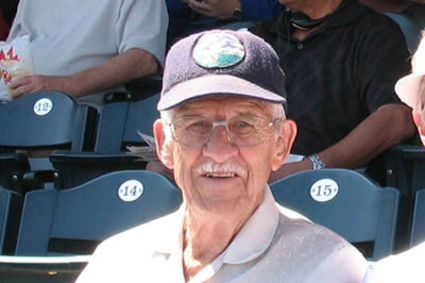 He was born in Pierpoint, South Dakota on March 2, 1931 and spent his youth in Seward, Alaska and Wrangell, Alaska. His parents, Claude and Geraldine were teachers. He graduated from Wrangell High School in 1949 and played varsity basketball for the Wrangell Wolves.

Charlie met his wife, Helen Angerman, during high school and they were married on September 17, 1954 in Wrangell at St. Philip's Episcopal Church. He attended the University of Alaska, Fairbanks before moving back to Wrangell. Charlie and Helen moved to Ketchikan, Alaska in 1959 with their two young sons and bought a home on Austin St. He worked at Union Oil, Ketchikan Pulp Co. as a purchasing agent, and retired from Ketchikan Public Utilities Electrical Division as a purchasing agent.

Through the years he spent his time raising his sons, performing home improvement projects from his basement shop, hand trolling for King and Coho salmon, coaching Little League Baseball, Babe Ruth Baseball, and Church League Basketball. His passions were hunting, fishing, and working in his shop. He was a league bowler for many years in Ketchikan and later in Goodyear, Arizona. Charlie was a member of the Ketchikan Masonic Lodge.

Charlie enjoyed spending time with his family at their cabin on Flathead Lake in Montana. He cherished the peaceful atmosphere and the wildlife that often passed through the property. He and Helen retired to Pebble Creek in Goodyear after 40 years in Ketchikan. Later, they moved to LaLoma Village Retirement Center in Litchfield Park where they enjoyed many close friends.

Charlie is survived by his wife of 65 years, Helen; sons Eric and David; numerous brothers and sisters in law and nieces and nephews.

A private church service will be held at the LaLoma Village and Charlie will be laid to rest at Bayview Cemetery in Ketchikan, Alaska.