AmeriCorps volunteers helping out around Wrangell 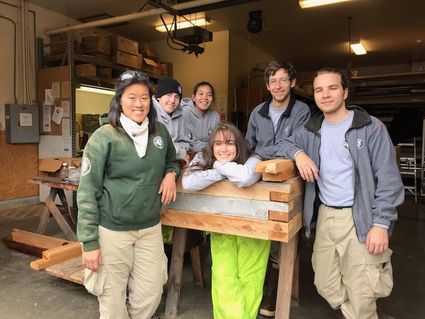 From building flower pots to repairing walls, a group of AmeriCorps volunteers will be spending six weeks volunteering in Wrangell.

"Green 3," as the team is called, came to Wrangell at the request of the U.S. Forest Service to help with a wide variety of community service projects in the area. They arrived on April 24, according to a press release from the National Civilian Community Corps, and will be working in the area until June 3.

"The team overall is excited to be in Wrangell for the first time," said team member Juliana Sottnik in an email. "The community is warm and insightful, wh...