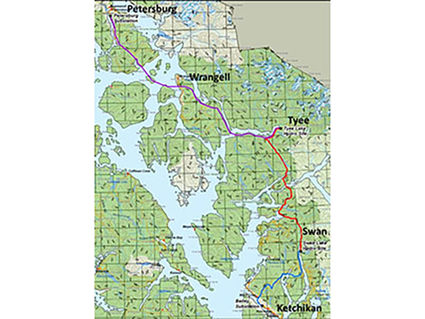 At approximately 4:20 p.m. last Friday, June 7, the power went out in the towns of Wrangell and Petersburg. Both islands completely lost power for about 40 minutes, before diesel generators were fired up around 5 p.m.

The outage occurred due to a problem with a breaker at Tyee Lake, according to Rod Rhoades with Wrangell Municipal Light and Power.

According to Rhoades, around 4:20 p.m. Breaker No. 10 at Tyee Lake opened up, shutting off power to the two towns. Tyee Lake provides

hydroelectric power to the two cities. Clay Hammer, with the Southeast Alaska Power Agency, said that a lightni...