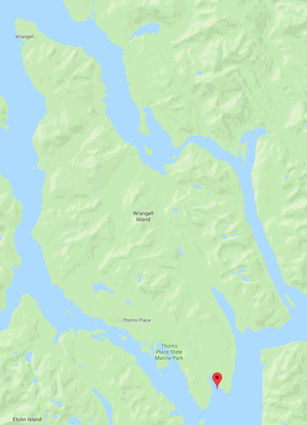 Southeast Cove, located on Wrangell Island. A lightning strike ignited a small fire northeast of the cove a few weeks ago, which the Forest Service is continuing to monitor.

On July 9, aerial reconnaissance of the area located smoke in the southwest corner of the affected area. Monitoring from a boat on July 10 was not able to locate any smoke. Robbins said that...