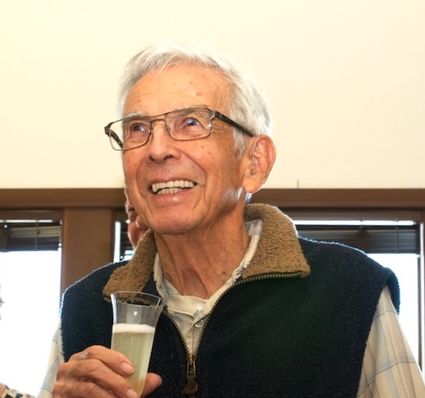 He was born in Ketchikan, Territory of Alaska, on November 23, 1922, the second of four children of Anna and Joel S. Ream.

Norm graduated from the University of Washington with a master's in structural engineering, and served in WWII and Korea in the Army Corps of Engineers. He worked in the field of construction, eventually co-founding AIC Construction. AIC had work in the Pacific from Midway Island to Guam and remote areas in Alaska. Norm never retired; after he sold AIC, he worked for the 13th Regional Alaska Native Corp as its president and pursued work related to the Alaska Native Corporations. He was a strong believer in education and funds educational scholarships in Ketchikan and Wrangell.

He was an avid scuba diver, skier on snow and water, aviator, certified flight instructor, enthusiastic hydroplane fan, pet owner, fan of Seattle Storm women's basketball, and travelled all his life to just about every corner of the world.

He was preceded in death by his parents, siblings, sons Mike and Don, and granddaughter Julie Davis.