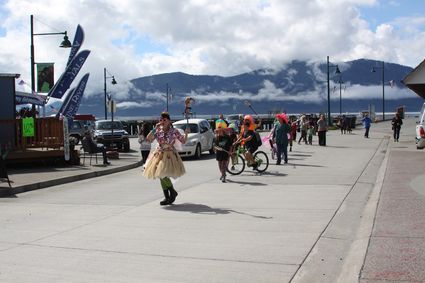 Anny Newport, locally known as the "Free Toy Fairy" by some around town, has organized a parade for this weekend. The "Wonderfulness Parade," as it is called, is a tradition that has travelled with Newport across Southeast Alaska. In a previous interview with the Wrangell Sentinel, she said that the very first parade took place on Zarembo Island in 1978. After that, it was a common occurrence in Petersburg for many years. Newport moved to Wrangell in 1998. She tried to reorganize the Wonderfulness Parade in the early 2000s, but those did not get the reception she had hoped for and said that...