School board reorganizes after election 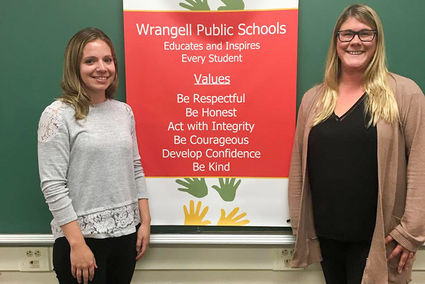 New school board members Beth Heller and Jeanie Arnold at their first meeting on Tuesday, Oct. 8.

The Wrangell School Board met last Tuesday, Oct. 8, to reorganize after the borough's Oct. 1 election. The election saw three new people take positions on the board, Patty Gilbert, Jeanie Arnold, and Beth Heller, and also saw the re-election of Board Member David Wilson. After holding an early orientation session for the new members, the regular meeting was called to order.

Board Member Aaron Angerman was elected to the position of school board president. Later in the meeting, he was also made the school board liaison for student representative. Gilbert, who was not present, was made the vi...