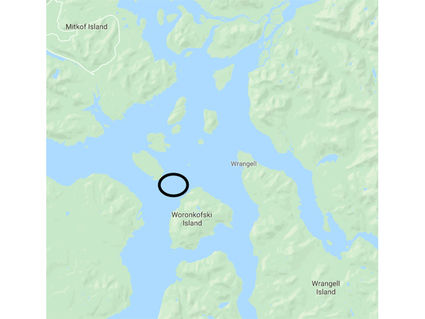 The faulty submarine cable is located between Woronkofski and Vank island.

Southeast Alaska Power Agency conducted a survey on a damaged cable running between Woronkofski and Vank islands and the board will make a final decision on whether to repair the cable or replace it by March's board meeting.

"We could have up to 20 more years," said Bob Lynn, Petersburg's voting member on the SEAPA board. "We don't know, but the risk is very high on that old cable."

Lynn gave the Petersburg Borough Assembly an update on the project at an assembly meeting Monday, but data from the survey hasn't been turned over to the SEAPA board and staff.

The damaged cable is one of four...