Fire at 8 mile, second house fire in a month 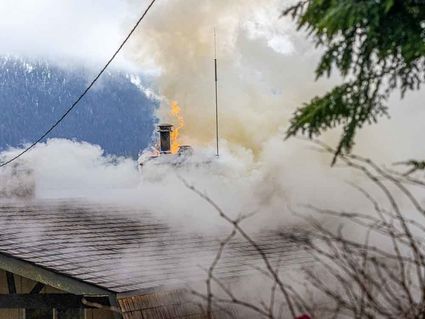 There was a chimney fire at the Naumann residence last week at 8 mile Zimovia Highway.

The Wrangell Fire Department and other public safety officials were called out the road Thursday afternoon, March 27. Dorianne Sprehe, with the fire department, said they received a direct call about a house fire at 2:03 p.m., had a fire engine out of the station three minutes after that, and were on-scene by 2:14 p.m.

According to Sprehe, the blaze was a chimney fire in a house at 8 mile on Zimovia Highway. The home belonged to the Naumann family, resident Robert Naumann confirmed. The fire was put out by 3:03, Sprehe said, and there were a total of 21 people responding. They were called b...