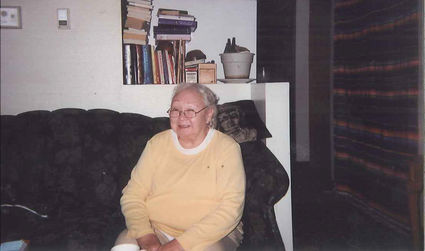 Barbara Cecilia Crabtree, 82, passed away May 3 in Wrangell, Alaska, after a short but recurring bout with cancer.

She was born on August 13, 1937 in Ketchikan, Alaska. She lived most of her life in Southeastern Alaska.

She lived most of the 1970s in Petersburg and has lived in Wrangell since 1984. Barb was mainly employed waitressing and as a cannery worker. Barb enjoyed cooking, especially baking, gardening and crocheting. She enjoyed playing cards and was especially competitive when playing Scrabble.

She is survived by: daughter Melody Cooper of Macon, Georgia; sons George Elmore of Southeast Alaska and Frederick Elmore of Wrangell; and multiple grandchildren and great grandchildren.