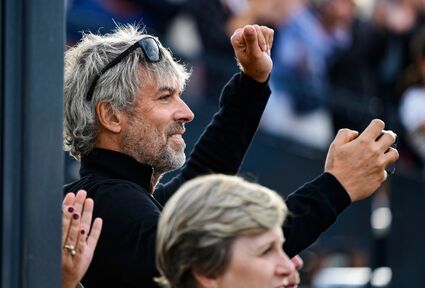 Petr Kellner, who died in a helicopter crash in Alaska on Saturday, watches as his daughter Anna Kellnerova and horse Catch Me If You Can Old compete during an equestrian event in Prague, Czech Republic, last August. Kellner, 56, was the Czech Republic's richest man.

ANCHORAGE (AP) - A contracted helicopter carrying guides and guests from a lodge on a heli-skiing trip in Alaska's backcountry crashed on Saturday, killing the pilot and four others, including the Czech Republic's richest man.

The only other person onboard Czech Republic resident David Horvath, 48, was in serious condition but stable Monday at an Anchorage hospital, Alaska State Troopers said.

The five people killed in the accident were identified as Petr Kellner, 56, and Benjamin Larochaix, 50, both of the Czech Republic; Gregory Harms, 52, of Colorado; and two Alaska residents, Sean McMa...