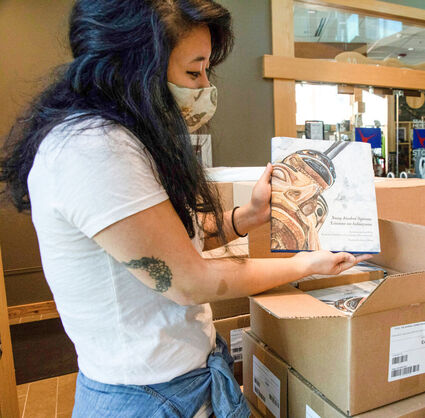 Rebecca Hsieh unpacks copies of "Nang Jáadaa Sg̱áana 'Láanaa aa Isdáayaan (The Woman Carried Away by Killer Whales)" on their arrival last month at the Sealaska Heritage Institute in Juneau. This new Haida-language children's book is the first in the language to be part of the institute's Baby Raven Reads program. The program offers free books to Southeast Alaska Native families with children ages 5 and younger.

"Nang Jaadaa Sgaana 'Laanaa aa Isdaayaan," or "The Woman Carried Away by Killer Whales," is a story carried down through generations orally and published through the work of a team of artists and linguists.