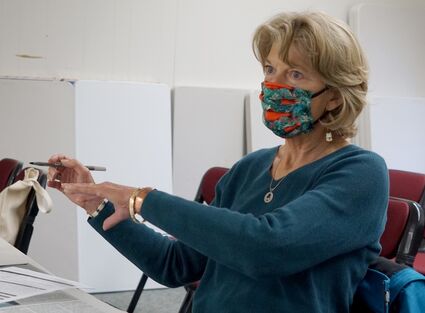 Sen. Lisa Murkowski talked with Mayor Stephen Prysunka and others on Monday at assembly chambers. She was in town to help her parents for the weekend.

Though its passage is uncertain amid partisan battles in Congress and even disagreements among the majority-holding Democrats, the trillion-dollar infrastructure bill could be an opportunity for federal help with costly improvements to Wrangell's water system.

However, all communities in Alaska "have to be honest in regard to timing," said Sen. Lisa Murkowski, who visited Wrangell last weekend. In addition to waiting on Congress to decide on the legislation, "we know what it means to bring a (big) project online," the state's senior U.S. senator said.

Work funded nationwide under the legisl...