The senator sold garnets, too 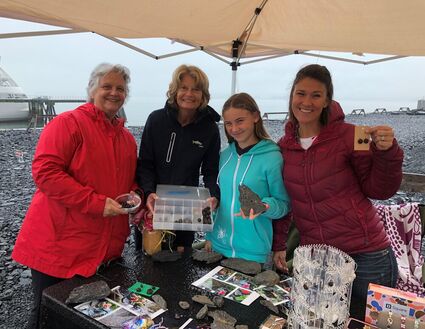 It was a homecoming of sorts when Sen. Lisa Murkowski (second from left) and her sister, Carol Murkowski Sturgulewski (left), visited the Ritchie family garnet and jewelry stand near the city dock on Sept. 12. The two Murkowski sisters had sold garnets to tourists when they were kids in the mid-1960s, when their father, Frank Murkowski, managed the National Bank of Alaska branch in Wrangell. "We sold them on the dock, separated by size in egg cartons. I seem to recall 25 cents seemed like a big score!" Murkowski Sturgulewski said. Barbara Ritchie said this was the first summer she and her d...