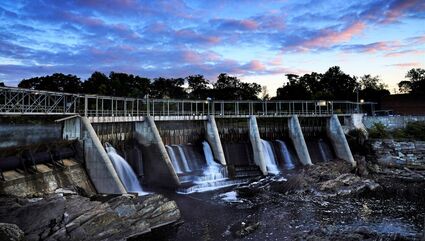 The Weston Dam, which holds back the Kennebec River in Maine, is the target of a lawsuit filed by conservation groups that allege the dam owner is violating the Endangered Species Act by harming Atlantic salmon.

The dam operator, Brookfield Renewable U.S., is violating the federal Endangered Species Act because an exemption spelling out limits on the death and injury of salmon expired in 2019, according to a lawsuit by the Natural Resources Council of Maine, Atlantic Salmon Federation U.S., Conservation Law Foundation and Maine Rivers.

The lawsuit, filed Sept. 16, asks a federal judge to find that Brookfield Renewable is operating the dams illegally a...