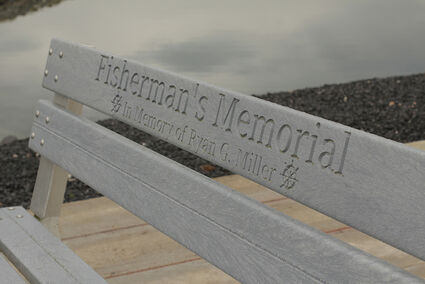 A memorial bench outside the pavilion at the Mariners' Memorial dedicated to Ryan G. Miller was built by his son, Garrett Miller. Miller died in a commercial fishing accident in Clarence Strait in 2005.

A memorial dedicated to those who made their lives on the sea or perished at sea is in its final stages.

The Wrangell Mariners' Memorial at Heritage Harbor is in a last push for funds, said board member Jeff Jabusch, and is taking applications for commemorative plaques that will be installed at the site.

People who died at sea will have an anchor insignia on their marker, and people who made their lives on the sea but died on land will not, Jabusch said.

The memorial board is holding a fundraiser from 10 a.m. to 6 p.m. Thursday, Nov. 4, at the downtown pavilion. Board members will be ava...