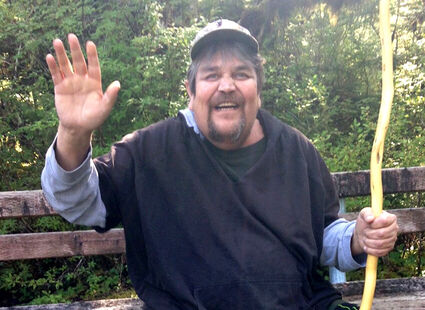 Long-time Wrangell resident Lester Allan Schultz, 60, died Oct. 23 at the Wrangell Medical Center. A memorial service and celebration of life is planned for 1 p.m. Nov. 14 at the Elks. The event is a community potluck.

His family will spread his ashes at the family cabin at Olive Cove.

Schultz was born July 27, 1961, in Petersburg, but grew up and lived in Wrangell. "His whole life was here," daughter Shayna Schultz said. He fished commercially with friends in his 20s, and enjoyed hunting with friends, too.

"He was a real talkative guy," his daughter said.

He worked as a longshoreman for 37 years, retiring at age 55. He would travel for work, with longshoring jobs taking him to Ketchikan and as far away as Dutch Harbor.

Survivors include daughters, Krystal Shover and Shayna Schultz; brother, Augie Schultz; and many nieces and nephews.

In lieu of flowers, the family asks that people consider donating to the Wrangell Volunteer Fire Department or Wrangell Senior Center.