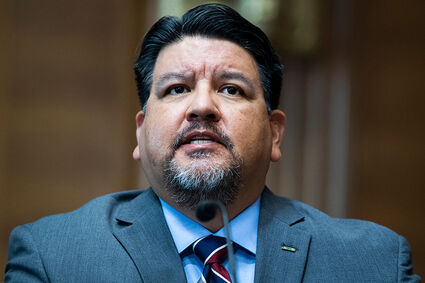 Charles Sams III, testifying at a Senate committee hearing, was confirmed by the chamber on Nov. 18 as the first Native American director of the National Park Service.

SALEM, Ore. (AP) - The U.S. Senate has unanimously approved the nomination of Charles "Chuck" Sams III as National Park Service director, which will make him the first Native American to lead the agency.

The National Park Service oversees more than 131,000 square miles of parks, monuments, battlefields and other landmarks. It employs about 20,000 people in permanent, temporary and seasonal jobs, according to its website.