Billie Foust known for her years on KSTK 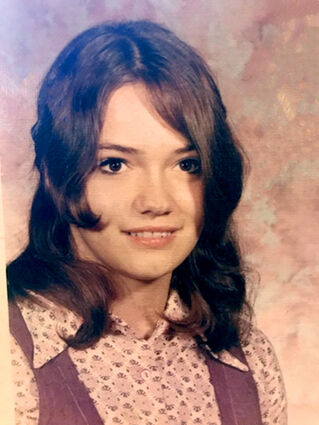 Billie Foust, 65, died Jan. 14 in Ketchikan, where she had lived the past couple of years.

She was born April 1956 in Arcata, California, to Ethel Miller and Bill Foust.

Billie spent most of her life in Wrangell. She went to high school in Wrangell, then left town for a short time in Hoopa, California, and Shelton, Washington, before returning in her 20s to Wrangell.

"Candy, or 'Babe' as she was called, leaves behind many friends and family who will remember her as the voice of KSTK, where her words would carry over the airwaves while she played a blend of modern and classic rock," her family wrote.

"She was full of terrible jokes, a big heart and an inner strength that defied the odds."

Billie is survived by her three children, Diana, of Olympia, Washington, Danielle, of San Diego, California, and Michael, of Camas, Washington; and grandchild Teagan; along with many cousins, aunties and uncles by relation and friendship.

Her family wrote that Billie would like her friends to listen to the songs "Rainbow Connection," by Kermit the Frog, "Gold Dust Woman," by Fleetwood Mac, and "Ripple," by the Grateful Dead, while they think of her.

Services will be scheduled later in Wrangell.