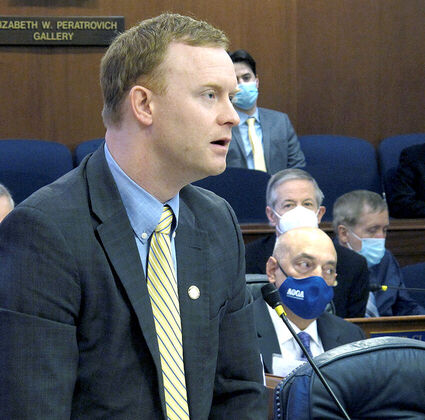 State House leadership has backed away from a proposal to strip committee assignments from Republican Rep. David Eastman, speaking here on House floor on Jan. 31. Eastman is a member of the far-right Oath Keepers organization.

Alaska House leaders last Friday backed away from a proposal to strip committee assignments from Wasilla Republican Rep. David Eastman, a member of the far-right organization Oath Keepers. For now, they plan to hold at least one hearing on the group.

House Majority Leader Chris Tuck said members had been prepared earlier this week to vote on the proposal but said it was "questionable" whether the votes were there to remove Eastman from committees.

Tuck described as informational the planned hearing, set to be held by the House Military and Veterans' Affairs Committee, which Tuck chairs. He...