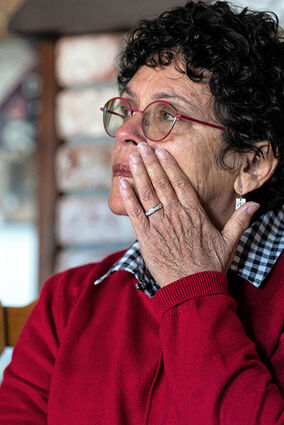 Judy Risling wipes away a tear as she talks about the disappearance of her daughter Emmilee Risling on Jan. 21 in McKinleyville, Calif. The 33-year-old college graduate - an accomplished traditional dancer with ancestry from three area tribes - was last seen more than four months earlier, walking across a bridge near a far corner of the Yurok Reservation. Her disappearance is one of five instances in the past 18 months where Indigenous women have gone missing or been killed in an isolated expanse of Pacific coastline between San Francisco and Oregon.

But things escalated when Emmilee Risling was charged with arson for igniting a fire in a cemetery. Her family hoped the case would force her into mental health and addiction services. Instead, she was released over the pleas of loved ones and a tribal police chief.

The 33-year-old college graduate - an accomplished traditional dancer with ancestry from three ar...