Celebration of life for Craig William Campbell on May 7 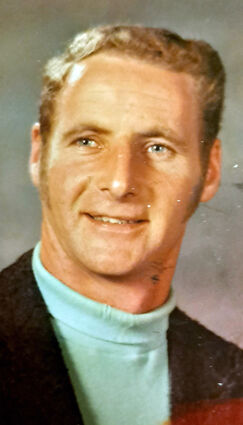 A celebration of life for former Wrangell resident Craig William Campbell will be held May 7 at the Wrangell Elks Club. He died Jan. 23 in Oregon.

Craig was born on April 26, 1945, in Pierre, South Dakota. Shortly after his birth, his family moved to Seaside, Aloha and other Oregon communities, where his father, John Campbell, could find more opportunities for logging work. At 3 years old, Craig was joined by younger sister Carolyn (Cari). They lived next to a grade school in Aloha, where Craig spent a lot of time with friends, playing baseball and riding bikes.

When Craig was 14, he started at Beaverton High School. Soon, brother Jon was born, and in 1958 sister Jane was born. The siblings spent a lot of time together at the Beaverton swimming pool and movie theater.

When Craig was 15, his dad decided he wanted to run his own logging camp, and an opportunity arose in Wrangell. He went alone to Wrangell a few months early, to get things started and to find a home for the family. Craig's mother, Dona, went to Wrangell in February 1959 to visit, and the whole family moved to Wrangell in November, and soon realized another Campbell was on the way. Jim was the only sibling born in Alaska.

Craig fit right in at school, joining the basketball team, and did very well in school, his family wrote. Craig was given a scholarship to a junior college, where he met his first wife Jeannette, with whom he had two children, Lisa and David. In 1972, Craig and Jeannette divorced and Craig headed to Prudhoe Bay, where he worked until 1984, before moving back to Wrangell to be with his children.

In 1986, "he met the love of his life, Carol Elaine Woltring," his family wrote. They were married in August 1988, and lived in Wrangell until 1992, when they moved to Colton, Oregon, so Carol could be near her family and the horses she loved. The two of them enjoyed a wonderful marriage until Carol's passing in November 2005.

A few years later, Craig moved to Molalla, Oregon, where he stayed until his death on Jan. 23, 2022.

"He was a wonderful father, grandfather, great-grandfather, husband and brother, and will be deeply missed," the family wrote. He is preceded in death by his parents, John and Dona Campbell, and his wife Carol Campbell. He is survived by his daughter, Lisa Gillen, of Wrangell; his son, David Campbell, of Lake Oswego, Oregon; sister Cari Hampton, of Wilsonville, Oregon; brother Jon, of Wrangell; sister Jane, of Palmer; and brother Jim, of Anchorage.