Congressman Don Young dies at 88; will lie in state at U.S. Capitol 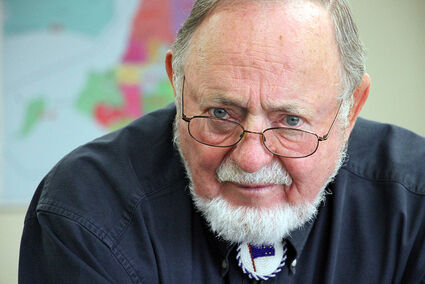 In this June 28, 2019, file photo, U.S. Rep. Don Young answers a reporter's question after filing paperwork for reelection at the state Division of Elections in Anchorage. Young, the longest-serving member of Alaska's congressional delegation, died last Friday. He was 88.

Young, 88, a blunt-speaking politician known for his brusque style, died last Friday. He was first elected to the U.S. House in 1973

He was reelected in 2020 to serve his 25th term and was running this year for another term. A special election will be held this summer to fill the seat.

Pelosi's office said a formal ceremony will be held with the Young family, which will be open to invited guest...