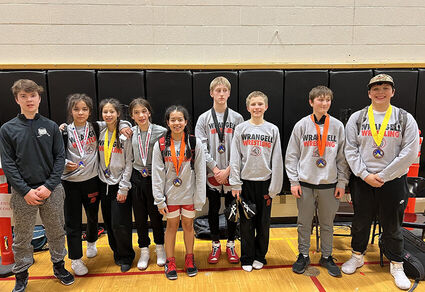 Stikine Middle School wrestlers ended the season on a high note with the most pins made in the past four years.

This year's squad consisted of 22 wrestlers. Each one was able to have at least one match where they pinned their opponent and won. Out of 337 matches, 167 ended with a pin for the wrestlers.

Coach Jack Carney reported it was the highest number of pins in the past four years.

Though the young grapplers faced plenty of tough competition, the biggest challenge may have been caused by COVID-19. Carney said the team could start to feel apathetic with training since competing against...