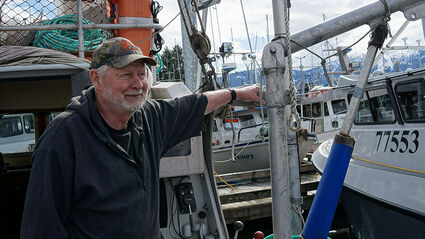 Commercial fisherman Alan Reeves said his 10 years on the port commission helped him realize the importance to the community of the borough's share of the state fisheries tax, which is earned when the fleet's catch is processed in town.

Some commercial fishermen prefer to sell their hauls in Wrangell. Some look for the best price, even if it's a few cents higher. Some decide where to sell based on services offered.

No matter what determines where a fisherman will sell, processors try to lure as many their way throughout the year, including buying a bevy of different species.

"What Pacific Seafood does here in Wrangell, we have our hands in a little bit of all of it," said Cody Angerman, general manager at the processor's plant at Heritage Harbor. "We start off with halibut, black cod, a little bit of rockfish. Then, as we...