By Susan Montoya Brown and Felicia Fonseca
The Associated Press

Federal panel to focus on murdered and missing Native Americans 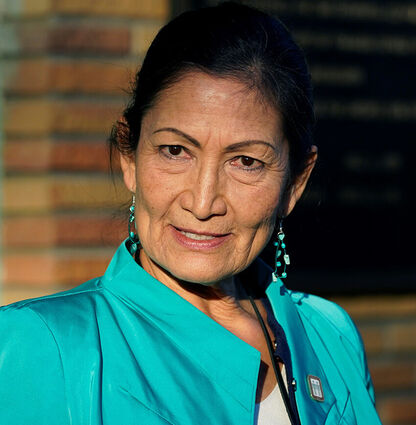 Interior Secretary Deb Haaland, seen here outside the Medgar and Myrlie Evers Home National Monument in Jackson, Mississippi, on Feb. 15, announced last week the appointment of a new federal commission to help improve how the federal government addresses the decades-long crisis of missing and murdered Native Americans and Alaska Natives.

The committee's creation means that for the first time, the voices guiding the Interior and Justice departments in the effort will include people most affected by the epidemic, said Haaland, the first Native American to lead a ca...