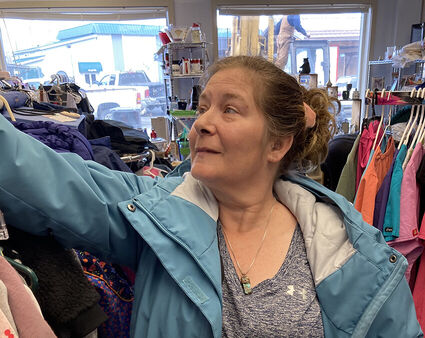 After less than a month in operation, the River's Mouth Resale thrift store is moving into a new space twice as large.

Ellis, who opened the store April 4, said they plan to accept their last donations at the current spot on Lynch Street next to Groundswell on Saturday - the same day River's Mouth plans to open in the Churchill Building, behind Baked for Breakfast. It's the storefront where Silver Liningz Boutique used to be before it moved to Front Street.

The thrift store hours will remain the same - 10...