Unique 360-degree totem goes up at Sealaska Heritage in Juneau 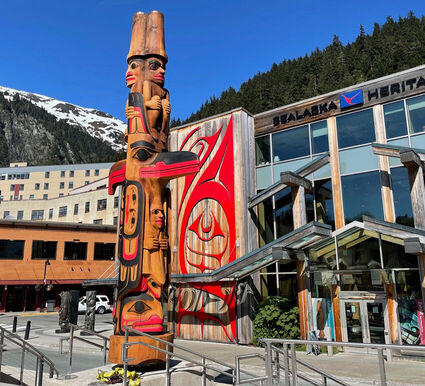 A new totem pole in Juneau is 22 feet tall, almost 4 feet wide at the base and about 7 to 8 feet wide where Raven and Eagle are carved. You have to walk around it completely to see all of the elements. Unlike most poles that are carved on one side, the Sealaska Cultural Values totem pole is carved all the way around, a full 360 degrees.

According to Sealaska Heritage Institute, there are only three others like it, all in Canada. Now, there's one in Alaska.

"They're pretty rare, done within decades of each other. It was the biggest challenge of our career. There's just so much that goes into...