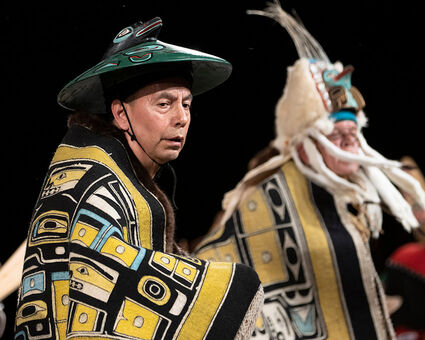 Wrangell's 10-year-old Quinn Davies was "super nervous" to dance for the first time at Celebration - a biennial dance-and-culture festival of Tlingit, Haida and Tsimshian cultures, held in Juneau last week.

"I'm using my dad's regalia that he used when he was in Celebration, and I'm using his hat that he also used," Davies said June 8, opening day of the four-day event.

His sister Madelyn Davies, 12, said being at Celebration is "kind of mind-blowing."

"It's a lot of people. We're all together. And it's like, everyone's showing their regalia and their culture, and it's really cool to see,"...