Trump calls Murkowski 'by far the worst' at Anchorage rally 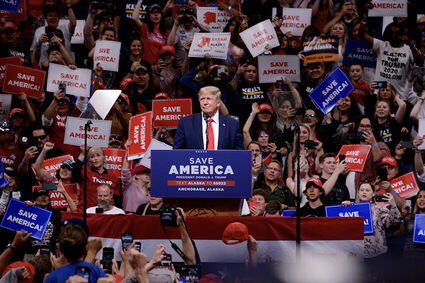 In front of more than 5,000 cheering supporters in Anchorage on Saturday, former President Donald Trump fulfilled a year-old promise to campaign in Alaska against incumbent U.S. Sen. Lisa Murkowski, one of seven Republicans who voted in favor of his impeachment following the Jan. 6, 2021, insurrection that targeted Congress.

With a 90-minute speech that included a story about a trip to Iraq, conversations with foreign leaders and his thoughts on a variety of issues, Trump endorsed Murkowski's lead Republican challenger, Kelly Tshibaka, in this year's U.S. Senate election.