Petersburg swimmer tried but could not reach the mainland 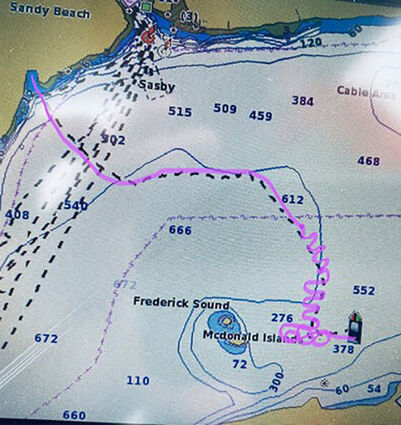 The rising tide and current made it impossible for Andrew Simmonds to swim in a straight line on his quest to go from Petersburg to the mainland on July 30. He pulled out short of his goal.

At 8 a.m. on July 30, Andrew Simmonds, 60, entered the chilling waters of Sandy Beach in Petersburg, setting out to prove that age has not slowed him down.

His goal was to swim across Frederick Sound to the mainland, more than six miles away.

Soon after arriving in Petersburg in November, Simmonds, who is a physical therapist at Petersburg Medical Center, visited Sandy Beach to gaze out over Frederick Sound. He admired the whales leaping above the water and crashing back down, but beyond that the mainland caught his eye.

"It was just so magical, so magica...