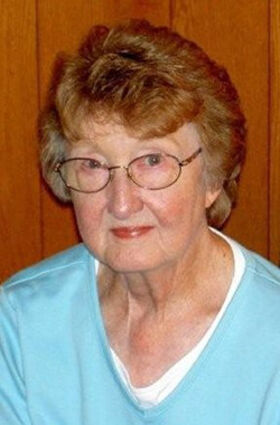 Vada, as she was known, was born Nov. 12, 1931, to James Virgil and Maude Briscoe in Healdton, Oklahoma, and grew up in nearby Fox. The farm life was not easy, but Vada had happy times, her family wrote, especially with cousins Judy and JoAnn. Vada had two daughters with first husband, George Vaughan: Vicki, born in California, and Sandi, born in Juneau. After divorcing, Vada met and married Alan Aitken who added three stepdaughters, Sherry, Sandra and Melody.

Vada worked for banks in Haines and Wrangell before settling at the U.S. Forest Service in Juneau, retiring in 1990. Life after retiring included gardening, reading, indoor orchids, trips to Oklahoma and New York family, talking to her daughters every day and spending time with her beloved dogs Pepper, Molly, Hannah and Maggie. All cockapoos, "which she thought were the best dogs in the world," her family wrote.

She is survived by her loving husband of 45 years, Alan "Al" Aitken. "Vada was a kind, smart-as-a-whip person with a southern woman's wit and subtle independence," her family wrote. "She was a devoted wife, mother, grandmother and great-grandmother who never met a cake she couldn't bake to perfection or a roast that didn't melt in your mouth."

Other special people in Vada's life were Sarah McDaniel, Vicki's BFF from college who became another daughter to Vada and lifetime best friend Bea Rounsley of Juneau.

Vada requested to be cremated and her ashes will be spread in a favorite Juneau place as well as Oklahoma and New York. A memorial service will be held at 4 p.m. at the First Baptist Church in Juneau. Call 925-326-7746 for Zoom link.

In lieu of flowers, donations can be made to Juneau Animal Rescue or Southeast Alaska Food Bank.