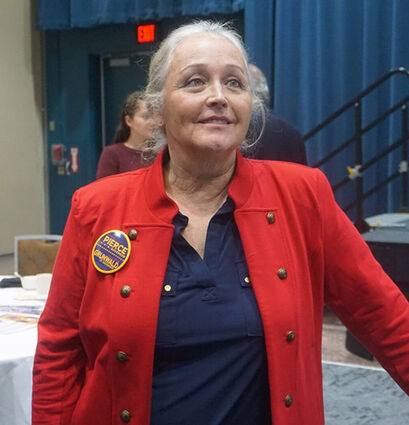 Grunwald encouraged Alaskans to vote for fellow Republican Gov. Mike Dunleavy. She said "recent circumstances" surrounding Pierce had led her to make the decision to step aside.

"I support and advocate for the respectful treatment of women in politics, the workplace and the world in general," Grunwald said in a prepared statement. "I believe my step...