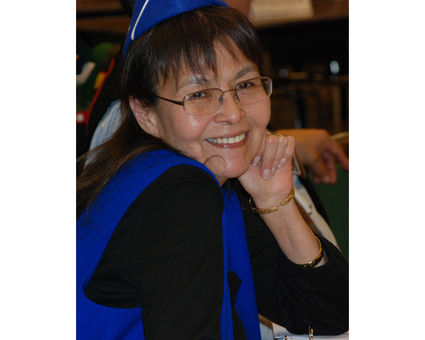 Dawn was born April 11, 1946 in Wrangell to Fanny Stepetin (Nauska) and Henry Bradley. Dawn picked up the nickname of Butchie as a young child and some still called her that. She was also proud of her Tlingit name - Glaintz.

She graduated from Wrangell High School in 1964 and obtained a BA in Fine Arts from Washington State University in 1982, with a minor in Native American Studies.

Dawn’s passions included her Tlingit culture and being an active Alaska Native Sisterhood (ANS) Camp #1 member. She was a proud member of the Shx’at’ Kwáan Dancers, guided by her aunt Marge Byrd and she gave her time endlessly to ANS and served as ANS Camp #1 President. She was active with St. Philip's Episcopal Church and served as a lay reader. She also provided time to the Wrangell Medical Center board; ensured children at Christmas had presents to open through the Angel Tree program and supported the efforts of Wrangell Cooperative Association.

Dawn’s first husband Randolph Scott Hutchinson served in the United States Marine Corps. He died from ground casualty while serving in the Vietnam War on December 30, 1966. She would later marry her high school sweet heart Carl Stevens in 2005.

Dawn was preceded in death by her mother Fanny (Stepetin) Nauska, who passed in 1972 and father Henry Bradley in 1951, brother Tommy Nauska and sisters Alice Bradley, Maggie Nauska and Lucille Fluetsch and husband Randy Hutchinson.

In lieu of flowers the family requests donations be made in Dawn Hutchinson – Steven’s memory to Wrangell Cooperative Association or ANS Camp #1.