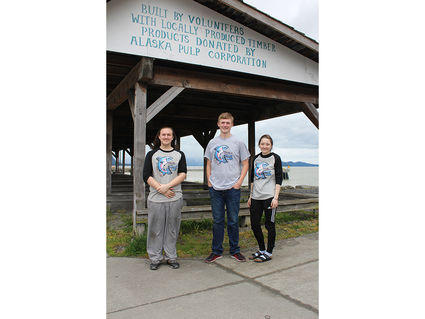 Draven Golding, Robbie Marshall and McKinley Bosdell sport this year's shirts for Wrangell's July 4th celebrations. The three are vying to be crowned in the celebration's annual royalty fundraiser.

This year's candidates for Wrangell's Fourth of July Royalty competition were announced at the Stikine Inn during a meet and greet Monday.

Three young people will be running during next month's competition, which raises money both for themselves and for the annual Independence Day festivities. The competition stands out from others in recent years with the inclusion of two candidates for king, and for including already-graduated students.

For example, Robbie Marshall graduated from Wrangell High School back in 2014, leaving for University of Alaska Southeast in Juneau.