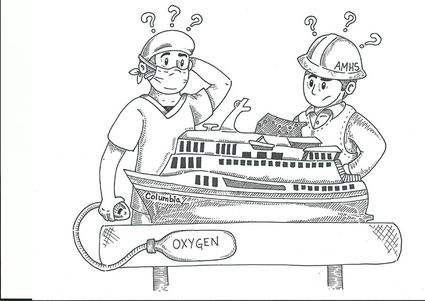 Technical trouble with the state ferry system has put a crimp on interisland travel recently.

The M/V Columbia – one of two vessels making the north-south run each week in Southeast Alaska – had a longer than expected stop into Bellingham, Washington after arriving June 29. Crew members discovered black smoke in the ship's bow thruster room, prompting use of a fixed carbon dioxide fire fighting system and evacuation of the vessel.

No fire had been evident, and all passengers aboard were reportedly fine.

As for the Columbia, Alaska Marine Highway System identified the 45-year-old vessel'...