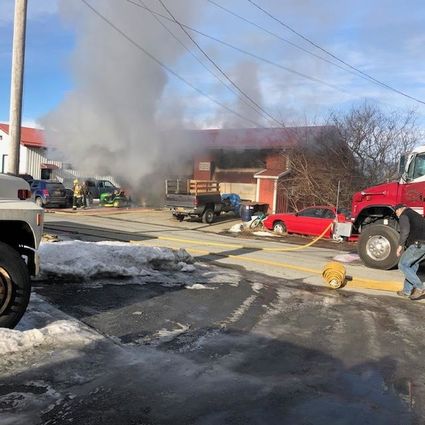 Stikine Auto Works, on Peninsula Street, caught fire the afternoon of March 1. The Wrangell Fire Department put the fire out within half an hour, and determined it to be an accident. Nobody was injured, but the interior of the shop was burned in several areas.

Following is the Wrangell Sentinel's news review for January through June of 2019. Next week the review will include events from July through December.

Jan. 13 - The Fairbanks Arts Association opened their 24th annual statewide poetry contest for submissions this December. Each year, the association picks a new judge for the contest. This year will be judged by Wrangell resident Vivian Faith Prescott. Prescott is the author of numerous works, including The Hide of My Tongue and The Dead Go to Seattle and has received several awards for her writing.